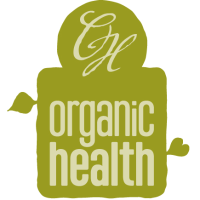 Did you know wheatgrass is gluten free

Wheatgrass is the young grass of the common wheat plant called triticum aestivum. (2) This (gluten-free, of course!) edible grass is either juiced into a “wheatgrass shot,” or milled down into a fine green powder that’s used to create a multipurpose product for both humans and animals.

Wheatgrass can be consumed on its own, or used in combination with other juices or supplements. Now considered to be a “superfood,” several forms of wheatgrass that are becoming more widely available include:

Which type is best? The best way to consume all foods is as close to their natural state as possible. For wheatgrass, this means that drinking it in juice form (“shots” as they’re called) would be preferred over consuming it in tablet or powder form. You can either visit an establishment that sells freshly made wheatgrass shots or try making them on your own (more on this below).

If you aren’t able to find fresh wheatgrass, wheatgrass powder makes a good second option. And if convenience is what you’re really after, high-quality (pure) wheatgrass tablets are certainly beneficial as well.

Some experts claim that wheatgrass contains over 100 different elements needed by man. One of the most noticeable (and important) nutrients in wheatgrass is chlorophyll. (3)

Chlorophyll is the substance that gives wheatgrass its signature, bright green color. Like other nutrient-dense greens, it’s used in the human body for a number of important processes: It’s a natural liver cleanser and detoxifier, acts like an antioxidant to reduce free radical damage, is a blood strengthener (it has a similar chemical composition to that of hemoglobin,) and can help give you a boost in energy.

But chlorophyll is not all wheatgrass has to offer. Wheatgrass benefits also include being loaded with amino acids (the building blocks of proteins), enzymes which are needed for digestion, and many vitamins and minerals needed for disease-free living.

Wheatgrass is rich in the following nutrients: (4)

Wheatgrass is a potent source of a number of vital nutrients your body can’t do without. Dozens of studies on wheatgrass — and also its individual antioxidants and nutrients — show that its health benefits include:

Here are the four most prominent wheatgrass benefits:

Wheatgrass provides vital alkalizing benefits for the body, along with increasing absorption of nutrients like electrolytes, vitamin C and vitamin E. If you want to prevent cancer and other chronic diseases from flourishing in your body as you get older, creating an alkaline environment is essential.

Acidosis (high levels of acid resulting from low alkalinity) is an all-too-common problem today, due to toxicity from the environment along with many people eating highly processed foods. Cancers and other diseases flourish in acidic environments, but cease to exist in alkaline ones.

What gives wheatgrass the ability to prevent acidosis? Chlorophyll is primarily responsible. Chlorophyll has been shown to help naturally balance the body’s pH level and protect cells. This is one of the reasons that chlorophyll consumption is associated with anti-aging effects ranging from younger-looking skin to better weight management.

Wheatgrass benefits including having strong antioxidant capabilities and can also lower oxidation/free radical damage that causes aging and contribute to disease formation. Studies have found that wheatgrass can significantly inhibit lipid peroxidation in the liver and protect mitochondria within cells. This is tied to reduced inflammationlevels and lower risk for diseases like cancer, liver disease and heart disease.

Research regarding the antioxidant levels (ORAC values) of various “superfoods” has found that wheatgrass has an ORAC score “higher than those reported for many other natural extracts or vegetables”. (5) Work done by the Department of Pharmacology at Gajara Raja Medical College in India has shown that some of the antioxidants present in wheatgrass include: (6)

Studies have found that wheatgrass demonstrates anti-cancer potential, and that it seems to do so through the mechanism of inducing apoptosis (self-destruction of cancerous cells). According to research done by the Integrated Oncology and Palliative Care Unit in Israel, wheatgrass can be effectively used in holistic cancer treatmentprograms (even those that also use conventional treatments like chemotherapy), and also for cancer prevention. (7) Its benefits for overall immune function include regulating immunological activity and fighting oxidative stress that contributes to cell mutations.

Research shows that wheatgrass can also help attenuate chemotherapy-related side effects such as fatigue, malabsorption and deficiencies. Other than helping to prevent and treat cancer, clinical trials show that wheatgrass may induce synergistic benefits to those with other immune-related conditions such as rheumatoid arthritis, ulcerative colitis, hematological diseases, diabetes and obesity.

Studies conducted at Sharma University of Health Sciences in India show that wheatgrass is a medicinal plant for the heart and blood vessels — it can be effective in treating hyperlipidemia (it helps lower high cholesterol and triglyceride levels along with increases in inflammation and oxidative stress).

How to Use Wheatgrass Products

Wheatgrass starter kits can be purchased online for little money. You might choose to buy a wheatgrass kit that includes a bundle of things you’ll need, or simply buy the needed materials such as seeds and a juicer separately. The most nutrient-dense wheatgrass is grown in very healthy soil, so always make sure to purchase organic soil whenever possible. Keep in mind it’s important to clean all equipment thoroughly to prevent bacteria growth, which can sometimes be the case with fresh grasses or sprouts. (9)

Once you grow your own wheatgrass, you’ll need to use either a juicer (the preferred method) or a high-speed blender to freshly press the grass into liquid form. A small amount of wheat grass goes a long way, and making your own juice will save you lots of money in the long run (wheatgrass shots tend to be expensive when store-bought).

If you prefer not to grow your own wheatgrass, look for a store-bought green powder mix that contains dried wheatgrass. These products tend to combine a dozen or more different grasses and high-antioxidant foods into one, are easy to use, and can save you lots of time.

Although research exists showing the benefits of wheatgrass, there have still not been many studies done long-term showing possible interactions of wheatgrass or revealing much information about whether or not it might trigger allergies in some people.

Most of the wheatgrass benefits we know about come from people who have used it for years and can attest to its positive affects. However, not every claim can be backed up yet with well-controlled scientific studies. Overall, it’s best to use wheatgrass as part of a balanced, healthy diet and not in place of whole vegetables or fruits.

That being said, wheatgrass is generally considered safe and has little risk of causing any side effects for most people. Rarely people have experienced adverse reactions from wheatgrass including allergic reactions (which usually happen right away after consuming it), digestive discomfort, nausea, headaches, hives or swelling of the throat. (11)

Wheatgrass is a raw food: it’s usually grown in soil or water and consumed without being cooked, which means it could be contaminated with food-borne bacteria or mold in rare cases, so if you’re pregnant it might be best to either grow your own or avoid consuming it. If you have a known allergy to other grasses, wheat or ingredients commonly found in supplements, then always check with your doctor before using wheatgrass.

Increases red blood-cell count and lowers blood pressure. It cleanses the blood, organs and gastrointestinal tract of debris. Wheatgrass also stimulates metabolism and the body’s enzyme systems by enriching the blood. It also aids in reducing blood pressure by dilating the blood pathways throughout the body.

Stimulates the thyroid gland, correcting obesity, indigestion, and a host of other complaints.

Restores alkalinity to the blood. The juice's abundance of alkaline minerals helps reduce over-acidity in the blood. It can be used to relieve many internal pains, and has been used successfully to treat peptic ulcers, ulcerative colitis, constipation, diarrhea, and other complaints of the gastrointestinal tract.

Is a powerful detoxifier, and liver and blood protector. The enzymes and amino acids found in wheatgrass can protect us from carcinogens like no other food or medicine. It strengthens our cells, detoxifies the liver and bloodstream, and chemically neutralizes environmental pollutants.

Fights tumors and neutralizes toxins. Recent studies show that wheatgrass juice has a powerful ability to fight tumors without the usual toxicity of drugs that also inhibit cell-destroying agents. The many active compounds found in grass juice cleanse the blood and neutralize and digest toxins in our cells.

Contains beneficial enzymes. Whether you have a cut finger you want to heal or you desire to lose five pounds...enzymes must do the actual work. The life and abilities of the enzymes found naturally in our bodies can be extended if we help them from the outside by adding exogenous enzymes, like the ones found in wheatgrass juice. Don't cook it. We can only get the benefits of the many enzymes found in grass by eating it uncooked. Cooking destroys 100 percent of the enzymes in food.

Has remarkable similarity to our own blood. The second important nutritional aspect of chlorophyll is its remarkable similarity to hemoglobin, the compound that carries oxygen in the blood. Dr. Yoshihide Hagiwara, president of the Hagiwara Institute of Health in Japan, is a leading advocate for the use of grass as food and medicine. He reasons that since chlorophyll is soluble in fat particles, and fat particles are absorbed directly into the blood via the lymphatic system, that chlorophyll can also be absorbed in this way. In other words, when the "blood" of plants is absorbed in humans it is transformed into human blood, which transports nutrients to every cell of the body.

When used as a rectal implant, reverses damage from inside the lower bowel. An implant is a small amount of juice held in the lower bowel for about 20 minutes. In the case of illness, wheatgrass implants stimulate a rapid cleansing of the lower bowel and draw out accumulations of debris.

Will soothe sunburned skin and act as a disinfectant. Rubbed into the scalp before a shampoo, it will help mend damaged hair and alleviate itchy, scaly, scalp conditions.

Is soothing and healing for cuts, burns, scrapes, rashes, poison ivy, athlete's foot, insect bites, boils, sores, open ulcers, tumors, and so on. Use as a poultice and replace every two to four hours.

Works as a sleep aide. Merely place a tray of living wheatgrass near the head of your bed. It will enhance the oxygen in the air and generate healthful negative ions to help you sleep more soundly.

Enhances your bath. Add some to your bath water and settle in for a nice, long soak.

Sweetens the breath and firms up and tightens gums. Just gargle with the juice.

Offers the benefits of a liquid oxygen transfusion since the juice contains liquid oxygen. Oxygen is vital to many body processes: it stimulates digestion (the oxidation of food), promotes clearer thinking (the brain utilizes 25% of the body's oxygen supply), and protects the blood against anaerobic bacteria. Cancer cells cannot exist in the presence of oxygen.

Is a beauty treatment that slows down the aging process when the juice is consumed. Wheatgrass will cleanse your blood and help rejuvenate aging cells, slowing the aging process way down, making you feel more alive right away. It will help tighten loose and sagging skin.

Can double your red blood cell count just by soaking in it. Renowned nutritionist Dr. Bernard Jensen found that no other blood builders are superior to

green juices and wheatgrass. In his book Health Magic Through Chlorophyll from Living Plant Life he mentions several cases where he was able to

double the red blood cell count in a matter of days merely by having patients soak in a chlorophyll-water bath. Blood building results occur even more